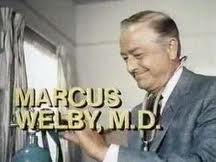 What follows is an article from the L.A. Times citing the need for 52,000 more primary care physicians by 2025 to meet the needs of patients.  This is the double-edged sword for urgent care since we are recruiting the same physicians into our centers, albeit in what many deem as a more attractive work environment supportive of a ‘work/ life’ balance.  The forces associated with accountable care (primary care doctors orchestrating much of the care provided to ultimately save costs),  a growing population, newly insured as the result of reform and the dearth of medical school graduates selecting primary care over specialties is leading us into this perfect storm.  Urgent care must be the ultimate safety net as medical home providers will be overwhelmed with wellness and disease management associated with the 20% of the population responsible for 80% of the healthcare dollars.  So these added responsibilities to an already noble but burdened profession  beg the question, “who will care for the patients experiencing episodic illness or injury?”   Urgent Care Clinics will undoubtedly begin to work more collaboratively with the patient centered medical homes of those patients who seek their care in the future.  They must be recognized as essential healthcare destinations in their communities or access to affordable care for non-emergent conditions is gravely threatened.  ~ Laurel Stoimenoff

By Mary MacVeanNovember 13, 2012, 2:49 p.m.
The United States will need an additional 52,000 primary care doctors to cope with population growth, newly insured people and an aging population, a group of researchers has forecast.

The researchers — from several institutions including Georgetown University and the Robert Graham Center, Policy Studies in Family Medicine and Primary Care, Washington, D.C. – looked at several factors to come up with their total. Others have projected different numbers but agree that there will be a shortage of doctors.

In this projection, published in the Annals of Family Medicine, the authors considered population growth, the longer lives of people and the passage of the Affordable Care Act to come up with the 52,000 figure.

“Population growth will be the greatest driver of expected increase in primary care utilization,” the study’s authors wrote. And insurance expansion will contribute the need for just 8,000 of those doctors, the researchers said.

In 2008, Americans made 462 million office visits to primary care doctors (about 1.6 visits per person per year). That’s projected to reach 565 million in 2025, the researchers said. The American Medical Assn. says  there were 246,090 primary care doctors working in direct patient care in 2010.

The Affordable Care Act will expand health insurance to an additional 34 million people, the researchers said. And President Obama has called for an expansion of primary care doctors to cope with that.

Continuum Health Solutions is proud to announce that both Laurel Stoimenoff,...

Beyond Vital Signs: Managing by Metrics for Optimal Health of Your Practice

Urgent message: Establishing a system of metrics and ‘dashboards’ allows the...

Urgent Care Finds its Place in the Age of ACO’s http://www.managedcaremag.com/archives/2014/11/urgent-care-finds-its-place-age-acos